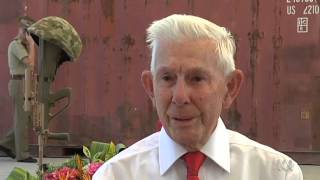 {"items":["5ff5a7d2ea215500173baf48","5ff5a7d2ea215500173baf42","5ff5a7d2ea215500173baf40","5ff5a7d2ea215500173baf46","5ff5a7d2ea215500173baf47"],"styles":{"galleryType":"Columns","groupSize":1,"showArrows":true,"cubeImages":true,"cubeType":"max","cubeRatio":1.7777777777777777,"isVertical":true,"gallerySize":30,"collageAmount":0,"collageDensity":0,"groupTypes":"1","oneRow":false,"imageMargin":22,"galleryMargin":0,"scatter":0,"rotatingScatter":"","chooseBestGroup":true,"smartCrop":false,"hasThumbnails":false,"enableScroll":true,"isGrid":true,"isSlider":false,"isColumns":false,"isSlideshow":false,"cropOnlyFill":false,"fixedColumns":0,"enableInfiniteScroll":true,"isRTL":false,"minItemSize":50,"rotatingGroupTypes":"","rotatingCropRatios":"","columnWidths":"","gallerySliderImageRatio":1.7777777777777777,"numberOfImagesPerRow":3,"numberOfImagesPerCol":1,"groupsPerStrip":0,"borderRadius":0,"boxShadow":0,"gridStyle":0,"mobilePanorama":false,"placeGroupsLtr":true,"viewMode":"preview","thumbnailSpacings":4,"galleryThumbnailsAlignment":"bottom","isMasonry":false,"isAutoSlideshow":false,"slideshowLoop":false,"autoSlideshowInterval":4,"bottomInfoHeight":0,"titlePlacement":["SHOW_ON_THE_RIGHT","SHOW_BELOW"],"galleryTextAlign":"center","scrollSnap":false,"itemClick":"nothing","fullscreen":true,"videoPlay":"hover","scrollAnimation":"NO_EFFECT","slideAnimation":"SCROLL","scrollDirection":0,"scrollDuration":400,"overlayAnimation":"FADE_IN","arrowsPosition":0,"arrowsSize":23,"watermarkOpacity":40,"watermarkSize":40,"useWatermark":true,"watermarkDock":{"top":"auto","left":"auto","right":0,"bottom":0,"transform":"translate3d(0,0,0)"},"loadMoreAmount":"all","defaultShowInfoExpand":1,"allowLinkExpand":true,"expandInfoPosition":0,"allowFullscreenExpand":true,"fullscreenLoop":false,"galleryAlignExpand":"left","addToCartBorderWidth":1,"addToCartButtonText":"","slideshowInfoSize":200,"playButtonForAutoSlideShow":false,"allowSlideshowCounter":false,"hoveringBehaviour":"NEVER_SHOW","thumbnailSize":120,"magicLayoutSeed":1,"imageHoverAnimation":"NO_EFFECT","imagePlacementAnimation":"NO_EFFECT","calculateTextBoxWidthMode":"PERCENT","textBoxHeight":60,"textBoxWidth":200,"textBoxWidthPercent":75,"textImageSpace":10,"textBoxBorderRadius":0,"textBoxBorderWidth":0,"loadMoreButtonText":"","loadMoreButtonBorderWidth":1,"loadMoreButtonBorderRadius":0,"imageInfoType":"ATTACHED_BACKGROUND","itemBorderWidth":0,"itemBorderRadius":0,"itemEnableShadow":false,"itemShadowBlur":20,"itemShadowDirection":135,"itemShadowSize":10,"imageLoadingMode":"BLUR","expandAnimation":"NO_EFFECT","imageQuality":90,"usmToggle":false,"usm_a":0,"usm_r":0,"usm_t":0,"videoSound":false,"videoSpeed":"1","videoLoop":true,"jsonStyleParams":"","gallerySizeType":"px","gallerySizePx":1000,"allowTitle":true,"allowContextMenu":true,"textsHorizontalPadding":-30,"itemBorderColor":{"themeName":"color_12","value":"rgba(100,100,100,0)"},"showVideoPlayButton":true,"galleryLayout":2,"calculateTextBoxHeightMode":"MANUAL","targetItemSize":1000,"selectedLayout":"2|bottom|1|max|true|0|true","layoutsVersion":2,"selectedLayoutV2":2,"isSlideshowFont":true,"externalInfoHeight":60,"externalInfoWidth":0.75},"container":{"width":220,"galleryWidth":242,"galleryHeight":0,"scrollBase":0,"height":null}}
Back to previous page

The Author was contacted by a relative of Gunner 'Curley' Freeman, who sailed from Timor back to Australia with four others after the Japanese invasion in February 1942. Upon his return, he was treated like a deserter but he insisted on returning to Timor, which he did on 23 September 1942 where he joined the 2/2 Independent Company.

Here is their story as told in Private Desmond Lilya's (of the 2/2) report to Lt. David Dexter of the 2/2 and Arnold Webb's account recorded by fellow 2/2 soldier, 'Paddy' Kenneally.

He was sent to Timor as a reinforcement on 16 Jan…after half a day or wandering through the dusty, yet somehow picturesque streets of the small capital sailed for Timor. Then to Dili, 3 Spurs camp, there we were made into D Pl. stayed for three weeks digging AA defences and building water pipe camp. Then a section of us with Mr Laffy in charge move on to make the first staging camp at Villa Maria.

Here, our fine leader became deeply infatuated with a portuguse by the name of Brendalina de Silva…then came the Jap invasion, Major Spence came through and detailed us to all our jobs and patrols.

Then moved to Atsabe, procured horses and moved to Bonbonaro and were given excellent treatment by the Controller, Sousa Santos and his oretty wife. Here Mr Laffy told us of his plan of going to Suai and producing a boat and heading to Australia.

It was here that Sgt Freeman, Pte Kenahan, Pte Coles and Lilya decided that we would go to Atapupu and take a native prahu (boat) to Koepang in the hope that we could tell the whole location of our present area, as we had no comms at the time.

Then to Tidlemar, Mocuttera, Bobonaro, where [Lilya] was only with Freeman. On that trip we met Pte Larney and Pte Webb at Alas. Sgt van Ligton (Dutch) joined our band again and to VKK, Bargia, Laga. Then learnt that a prahu from Kisar was at Kon, a small bay at the end of Timor. Sgt Van Ligton stayed behind at Kisar.

Kisar a small but pretty place and the people treated us very well. After three weeks obtained a 25ft boat to take us to Saumlakki. When we landed at Kisar we immediately sent a message to Australia to Melbourne, in fact it was worded as follows:

And we were rewarded on the second night hearing on the radio that the Australian troops in Timor were still fighting.

Made another attempt the following day, and in three days landed at Leti. Even small than Kisar and had a small population. Then Moa. Lost rudder on a rock and recovered it and tied it back on with strips of bamboo. Then Lakor. Able to procure some meat and shot a few sea birds. Lost backsail about 6 miles offshore, and hit a reef coming back and so had to get natives in their canoes to tow out boat back to the bay. We patched up both boat and sail and using the bamboo poles we were able to get clear of Lakor. After 4 days landed at Luang. A tall race and excellent seamen. The controller was a native from Amboina and he treated us with the utmost courtesy and was sorry to see us leave. Then to Sermata. Then to Babar, a long heart shaped island. 4 days we struck and early morning calm and a school of sharks started to play around the boat. We had an old chicken leg and fixing it on a bayonet pole caught two of them, and although the situation seemed far from pleasant, it provided us with some fresh meat.

Then encountered a 60ft boat from Saumlakki and found a Dutch intel officer on it. Told them to stay at Bab at the village of Tepa and he would send the Somoa back to pick us up. Larney and Webb ran amok on some wine and sent them to Saumlakki to return with a boat, or if we got one, we were to take it to them.

Controller tried to arrest them with four police but we turned the tables and nearly put him and his harmless police in jail. Then headed to village of Makatiandol, progress was slow as they were with a Dutch soldier who had shrapnel in his back.

Here Sgt Tahia left us to go on a recce. Rest of party sailed to a small island called Teinman,. Sgt Tahia returned to us then accompanied by about 12 Javanese from the Kei island.

We planned an attack on Larat which we still believed had a few Japs on it. This time we had a two-masted boat of about 30 feet. We planned to land at dawn…but hit a reef about midnight and leaking badly we had to wait for the tide.

Landed at Larat at 10am and stormed the town. Not a Jap in sight, so we proceeded to haul the lugger off the beach . When we left, we took the controller and his wife and son with us because two spies had already left to inform the Japs at Saumlakki of our stay there.

Our new boat was much faster, and for the first time we seemed to be really sailing. It was a boat of 45 feet and 10ft beam with two masts. We dropped anchor off the island of Vordata. Here we had to wait for one Javanese soldier who had been left behind on Tanimbar. Then set sail for Australia. Now with 33 people on the boat. Huge wave nearly overturned the boat. Lost water.

‘Luck was with us and as we watched Tanimbar fade away, all of us saw a convoy of ships going towards Saumlakki.

The Dutch radio officer and Sgt Tahia took charge of the navigation, using an oil compass and a school atlas’

It took 8 days to sight the coast of what we guessed was Melville Island. Sailed into the strait dividing Melville and Bathurst and a Hudson bomber flew over us. ‘We waved and shouted like mad and it circled us twice, gave us a wave and then headed in the direction of Darwin.

Ran into a sandbar, an Australian waved to us from the shore and brought a sugar bag of turtle eggs which were most welcome. Lifted off the sandbar and ladned at Fort Dundas.

A moth plane took the Dutch radio officer straight to Darwin. Met by intel officers and all sent to Darwin Hospital.

We offered to lead troops back to Timor, but it was to no avail. Larney and Webb less fortunate, and had been taken to jail for causing a disturbance on Babar.

A Google Map showing the course of their journey, which can be viewed here.

headed for Vila Maria where a new headquarters was established. Patrols were

area of mountains. The wet season was in. Up in the mountains we were

shivering with c.old, malaria or both. Food was extremely short.

At this time I was with some other men, including Bob Larney, who were

assigned to headquarters. We knew little of what the position was - all kinds of

stories were circulating. However, we certainly knew the position in our area and

the possibility of trying to reach Australia. Bob Larney was all for it, as were

some oft.he HQ originals, but nobody wanted to be the one to attempt it. Bob

was willing but finding somebody to give it a go was a different matter. Bob

or very early March. Some, if not all the HQ men, knew we were going. Little

did we know what we were letting ourselves in for.

We moved west for a few days, relying on the natives in various villages for food

and shelter before calling a halt for three days to think over our position. We

built a rough shelter and the Timorese kept us supplied with food.

We moved on again, but progress was very slow. We were wet, cold and hungry

and our shoes were wearing thin. lt was about this time that we met Des Lilya

and Curly Freeman. They were heading back east from the Dutch border to keep

a rendezvous with a Dutch sergeant they had met on the border. They said the

gone ahead to arra"nge a boat. We decided to combine our resources and try to

Dutch border. The patrol leader was both curious and suspicious of us. He

wanted to know where we had been, what we knew, where we were heading and

whose command we were under. Freeman did all the talking saying we were

acting under the orders of Lt Laffy and that he was in charge of the patrol,

adding that we were on our way back to report to Laffy. He must have convinced

him because they continued west on the.ir own patrol. I can't remember who they were; they were 2/2nd but they wouldn't have recognised us because we

The four men, with a man called Hoffman, found their way to the north coast

and boarded a boat. for the island of Kisar where they were looked after by the

Dutch administrator. They were given food and shelter in return for sharing

coast-watching duties. Tbere was a radio transmitter on the island and the

that the 2/ 2nd was still fighting. They did not hear whether the message was

The rest of their story is one of island hopping i.n outrigger canoes and chance

meetings with some very colourful characters. They were carrying about 250

administrators along the way.

The weather varied from good to awful, their sails became torn and their rudder

broke. They ran aground on one island and bad ro walk barefoot twenty

into marrying his daughter. When the local Chinese refused them supplies to

repair their boat, they cocked their weapons, levelled them at the locals - and

were handed the supplies.

The boat was repaired, the voyage was resumed. One day they were approached

by a large vessel crewed by Europeans and skippered by a big, fair-haired man

wearing jewellery and an expensive watch. On the deck were six belt-fed

machine guns mounted on tripods for use against aircraft or surface vessels. The

curiosity. Perhaps he was a pirate. He gave them a row for a couple of hours

before casting them off and resuming his course.

The party eventually split up, with Webb and Larney continuing their voyage in

an Australian lugger and taken to Darwin, arriving in late May or early June.

still fighting had beaten them by at least a month. Lilya and Freeman also made

it safely back to Australia.